!!! TEST RIDE THE NEW FUELL FLLUID 1S and GET A FREE GPS TRACKER WITH PURCHASE OF ONE !!! 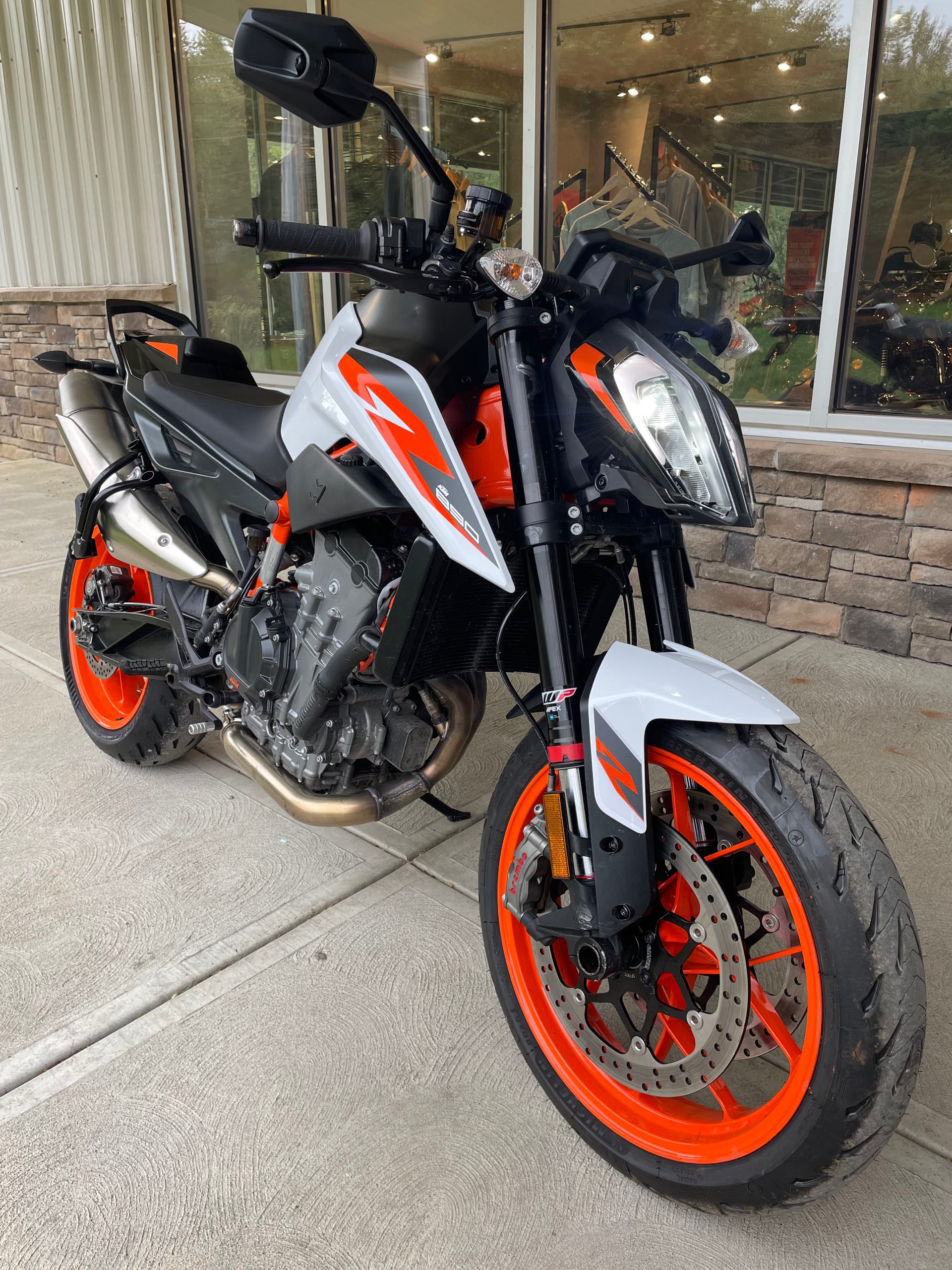 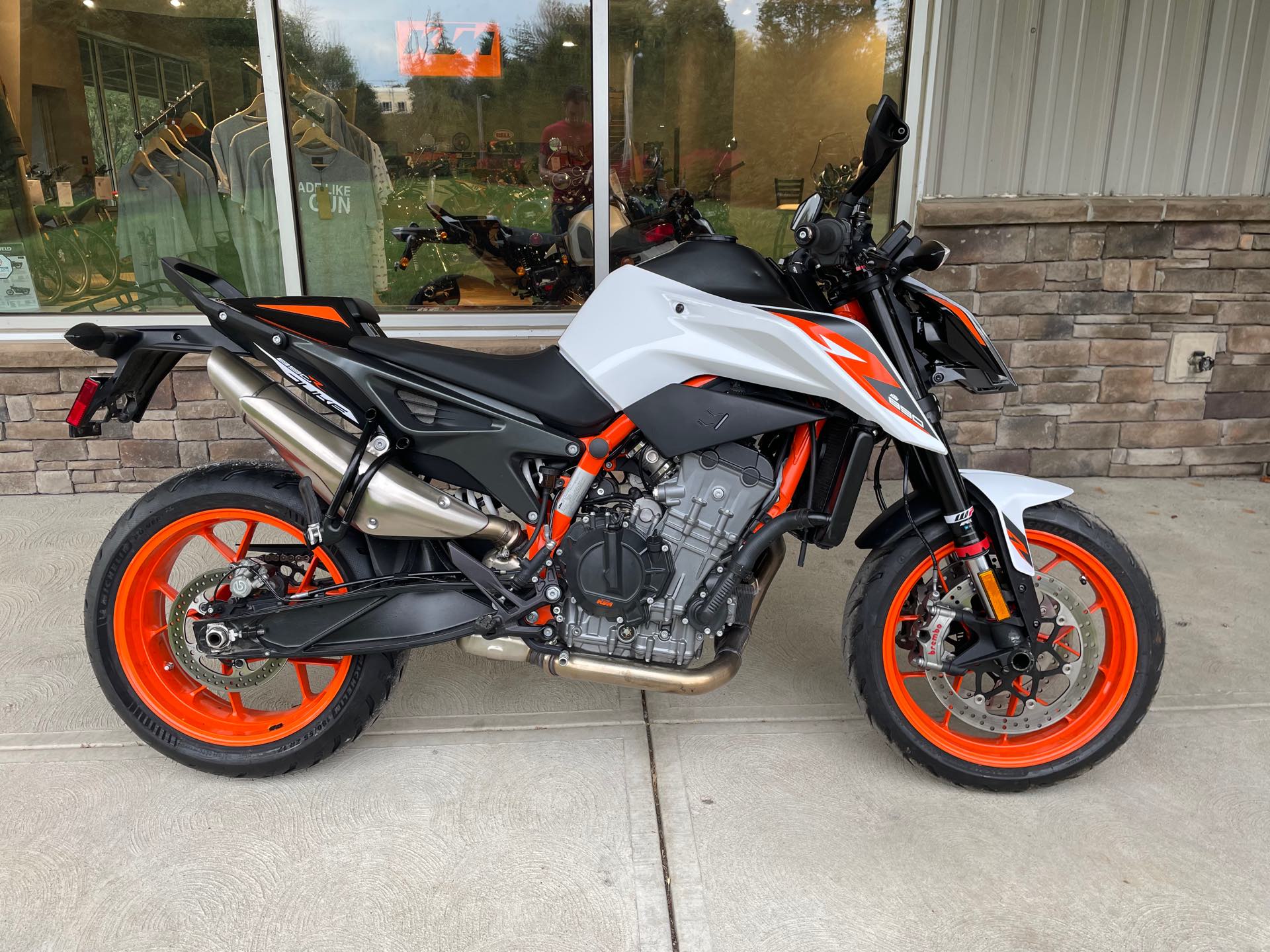 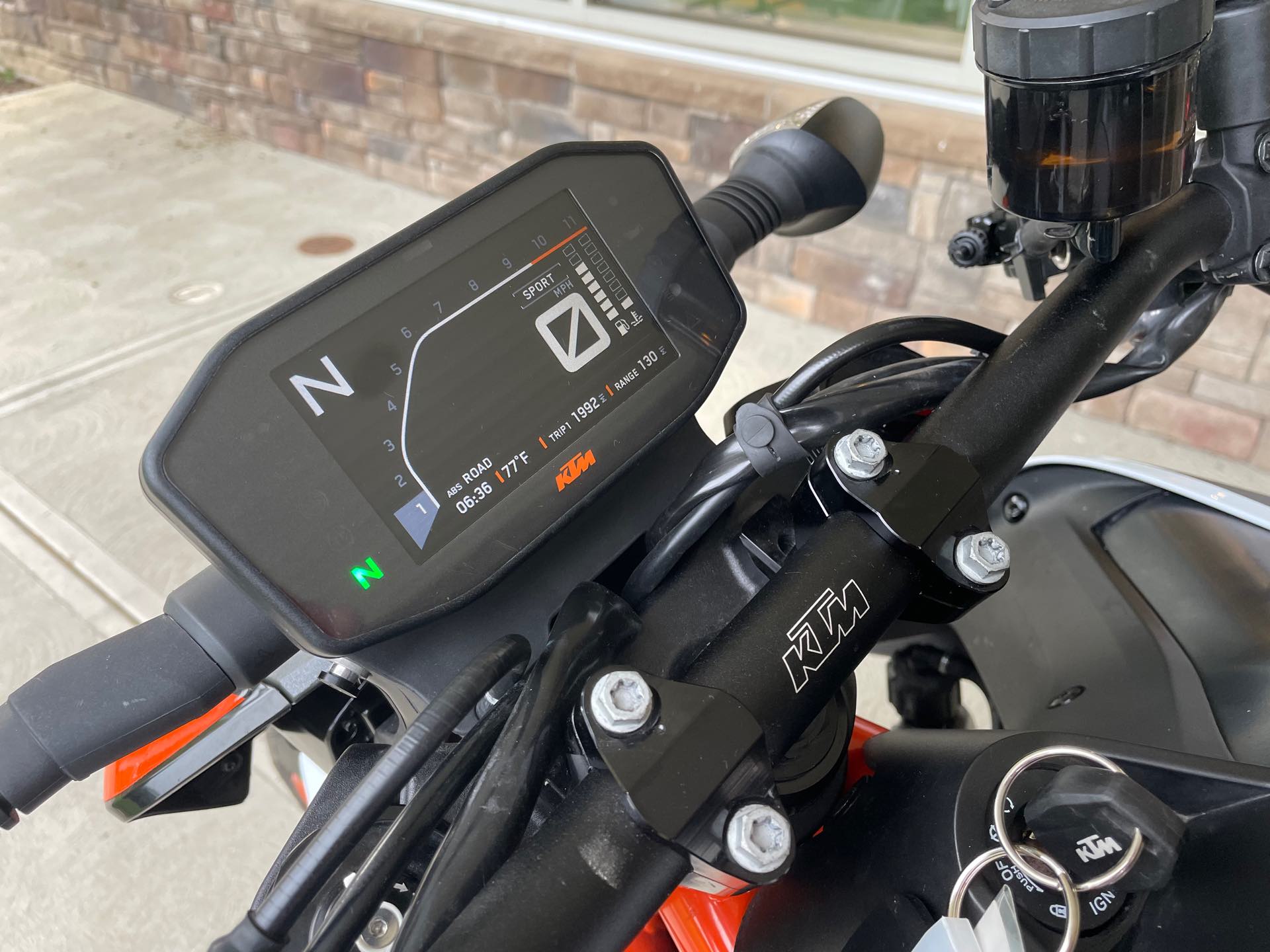 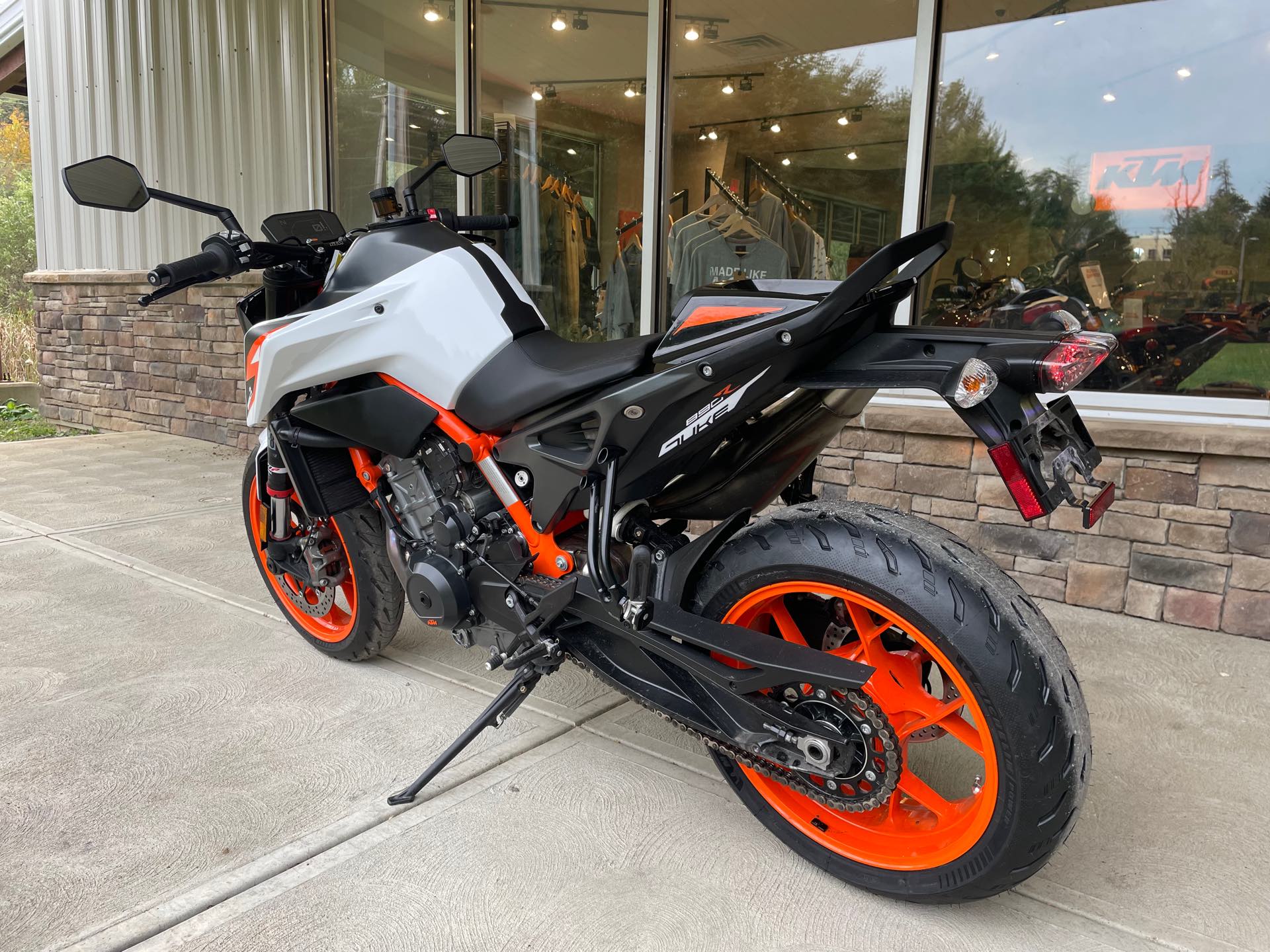 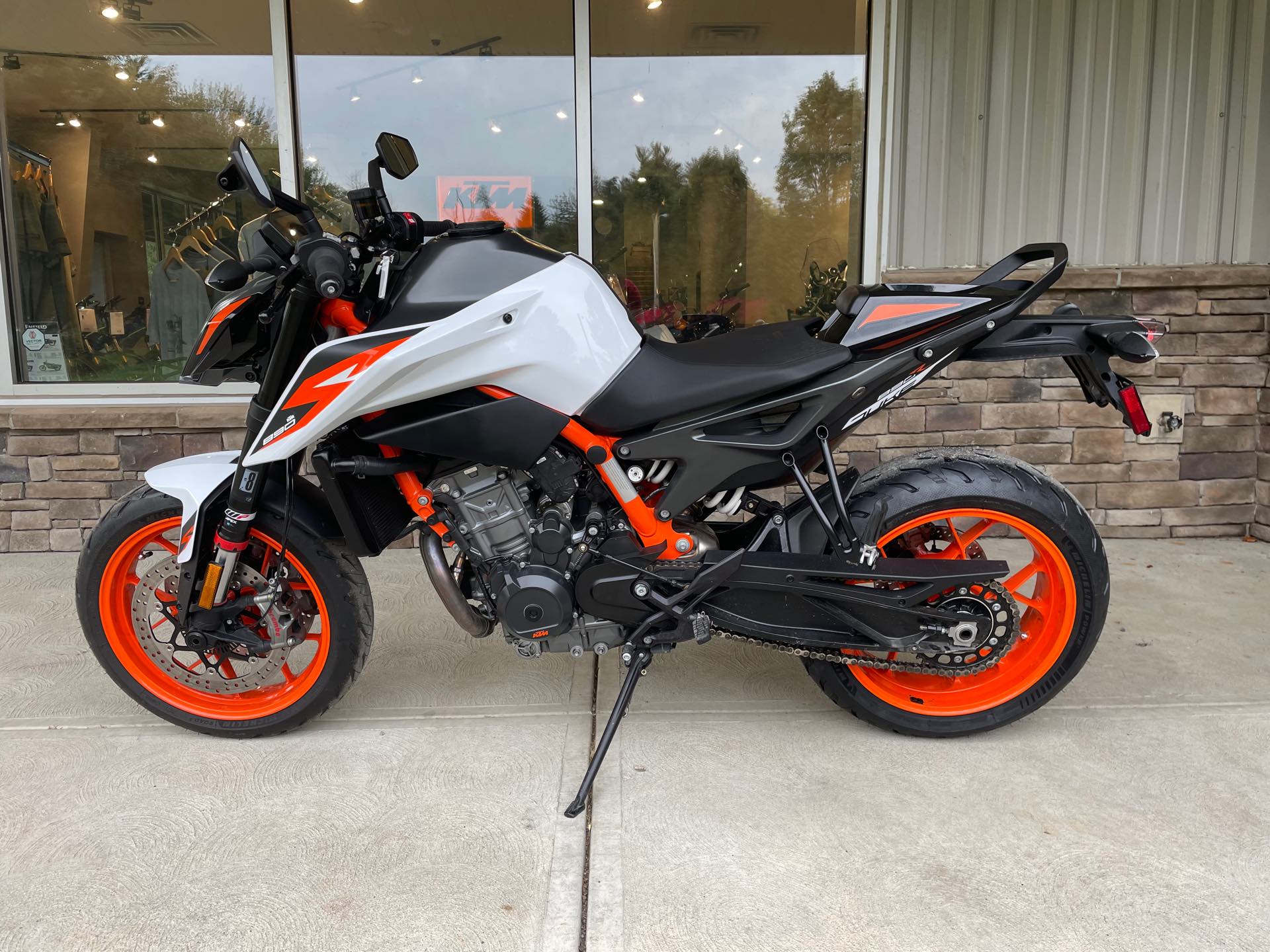 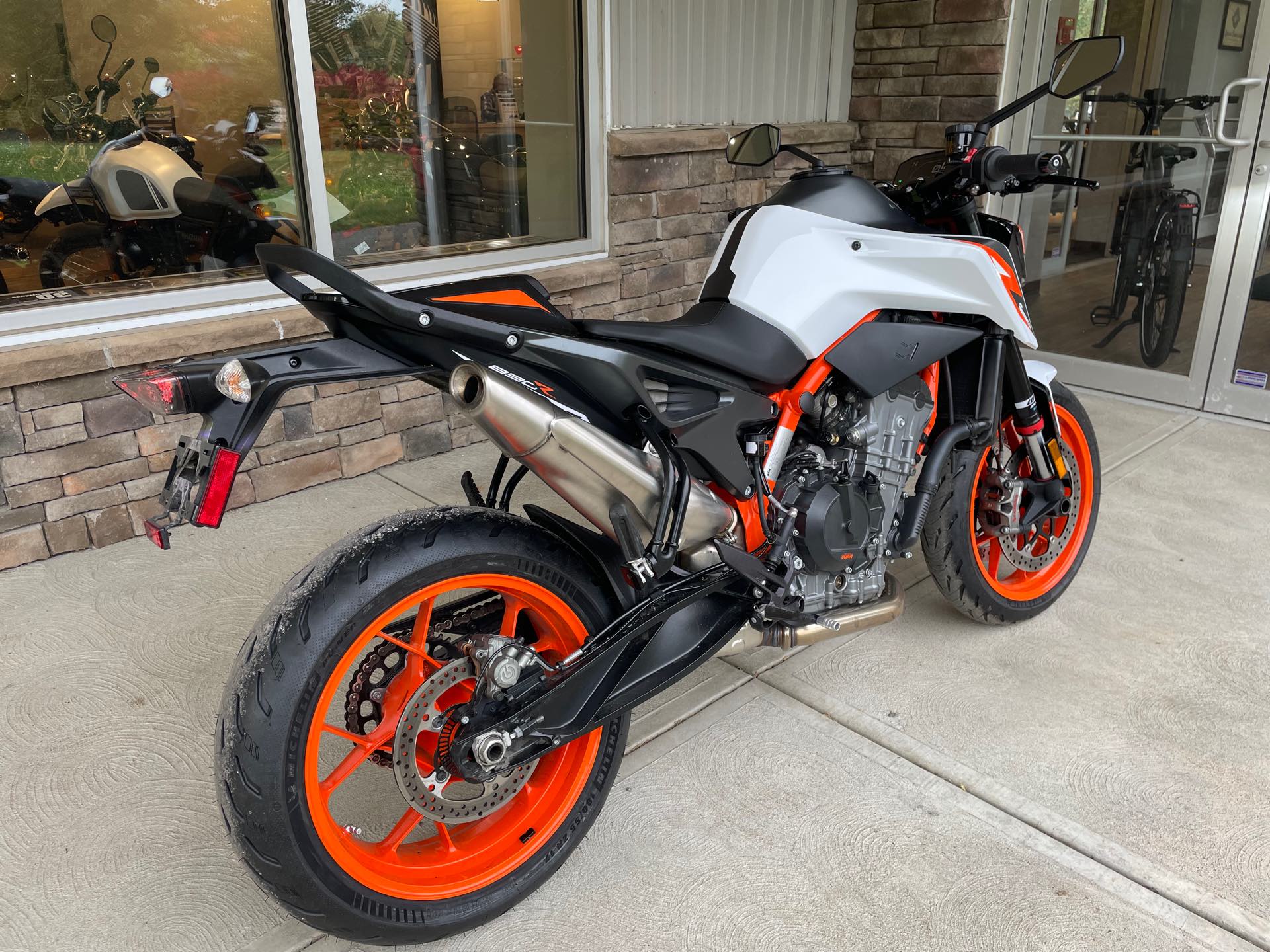 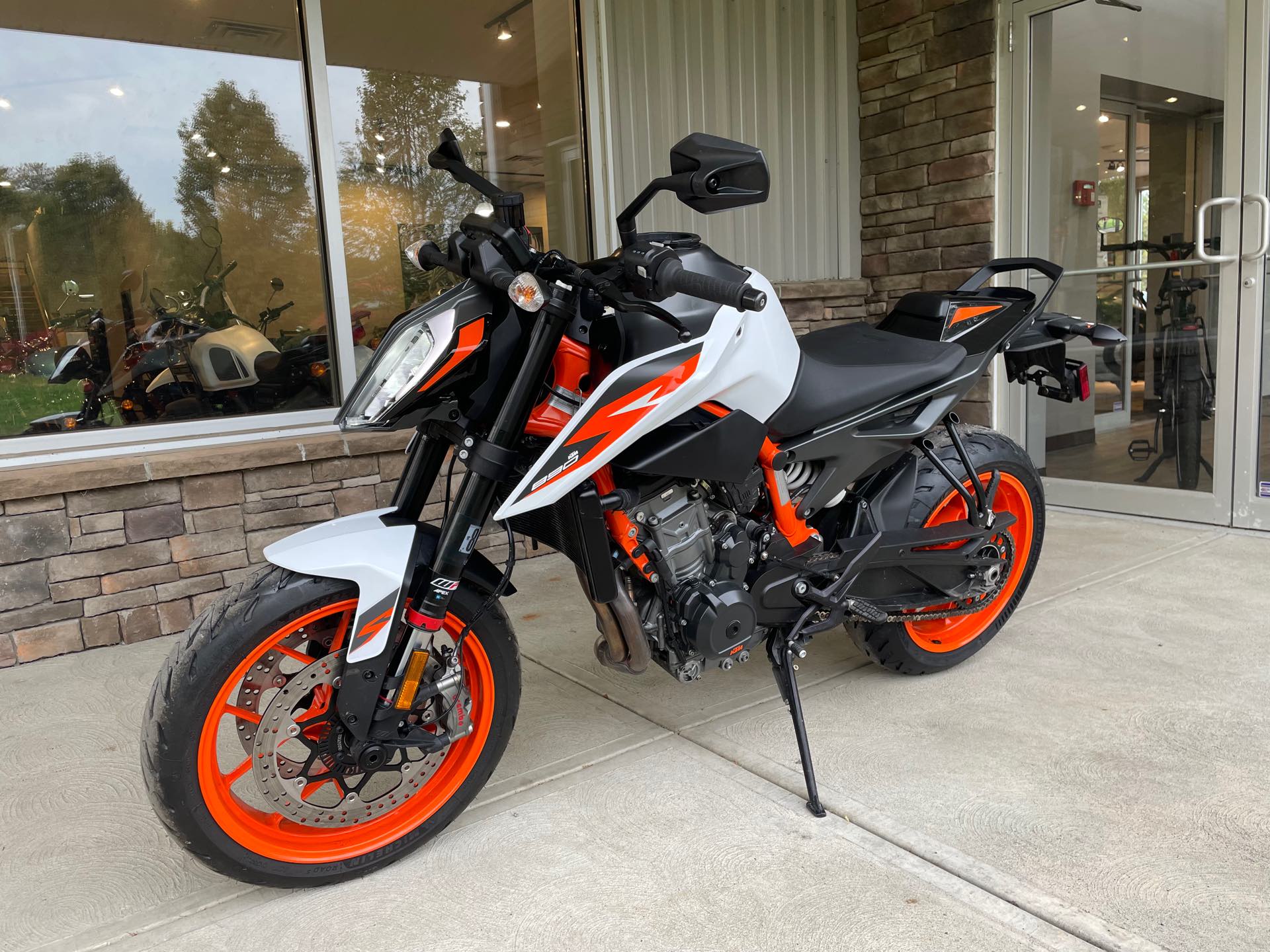 THE SUPER SCALPEL
Still agile, but with more punch, the KTM 890 DUKE R takes all the things we love about the KTM 790 DUKE and turns it up to 11. This is a no-compromise mid-weight naked bike, equally at home on mountain roads as it is on the race track, delivering more power, more torque and more Dukeness than any parallel twin that has come before.

ENGINE & EXHAUST
Keeping the KTM 890 DUKE R at the peak of the middleweight fight is a powerful yet compact parallel-twin. Honed to be a more powerful version of the already-impressive KTM 790 DUKE, the KTM 890 DUKE R steps up power and torque levels to suit the aspirations of the most demanding street and track warriors.

ENGINE
PARALLEL PERFORMANCE
Developed from the same parallel twin that powers the KTM 790 DUKE, the KTM 890 DUKE R engine has been worked into a fire-breathing, high-performance midweight titan. With its increased bore and stroke, higher compression and higher max. RPM limit, the KTM 890 DUKE R churns out an impressive new level of horsepower and torque.

CHASSIS
The KTM 890 DUKE R has a simple philosophy when it comes the chassis – be lighter with more stability and be able to push the lean angle without reducing agility. Thanks in part to less unsprung weight and sportier ergonomics, the KTM 890 DUKE R has achieved just that, saving approximately 3.5 kg (7.7 lbs) when compared to the KTM 790 DUKE.

FRAMEWORK
SHARPER PRECISION
Just like the KTM 790 DUKE, the KTM 890 DUKE R's handling characteristics are thanks to the dynamic, loadbearing design of the tubular chassis, which allows it to carve through twisty tracks and mountain passes with extreme responsiveness. Just like every other KTM R, the frame is painted orange to highlight its sporty credentials.

ERGONOMICS & COMFORT
The KTM 890 DUKE R delivers what you'd expect from its R-rating. An aggressive, track-ready seating position compels you to shred corners with pinpoint accuracy, while remaining comfortable on the street.

HANDLEBAR
WHITE-KNUCKLED GRIP
The tapered aluminum handlebars are positioned flatter, lower and further forward to increase feeling from the front tire and give the KTM 890 DUKE R a racier riding position. Riders can also tailor their preferred reach with three rotational adjustments and 4 positions of fine-tuning on the triple clamp.

BODYWORK
RAZOR SHARP LINES
The KTM 890 DUKE R casts an intimidating shadow thanks to its menacing profile and ultrasharp lines. In the metal, however, it's obvious that this DUKE means business. Compact proportions, loud graphics and a bright orange frame are all unapologetically KTM R.

SOFTWARE & ELECTRONICS
The KTM 890 DUKE R is reined in and controlled by an advanced electronics package. From a full-color TFT display showcasing everything you need at a simple glace, to a plethora of Ride Modes and control enhancements, manhandling the KTM 890 DUKE R is as easy as slicing a piece of cake.

LED HEADLIGHT
LIGHT THE WAY
The LED headlights on the KTM 890 DUKE R combine optimal near-field illumination with maximum light output. Daytime running lights ensure that other road users see you coming, which you undoubtedly will be doing at speed.

ACCESSORIES & LUGGAGE
You’ll find a full range of KTM PowerParts and luggage options available for the KTM 790 DUKE. Make aesthetic changes to intensify your ride, to reflect your personal attitude, fine-tune the function and adjust the performance to perfectly match your individual riding style. Wherever you ride and however you like to attack the turns, KTM PowerParts have you covered!